Dr. Lane grew up in Stephenville, Texas on a dairy farm.  He went to Texas A&M where he graduated from the College of Veterinary Medicine in 1973.  After graduation, he spent two years in the United States Army and a year in Cedar Hill at a mixed veterinary practice.

On March 15, 1976 he opened the Farmersville Veterinary Clinic.  Over the ensuing years, he and his wife, Donna, raised two boys, worked on multiple civic organizations and continued to provide care for pets and livestock for the people in this community and the surrounding areas. His family has been long time members of First Baptist Church of Farmersville.

His stated goal has always been the belief that just because you live in a rural area does not mean that you cannot provide modern, honest, compassionate care for pets and farm animals for friends and neighbors in the community. 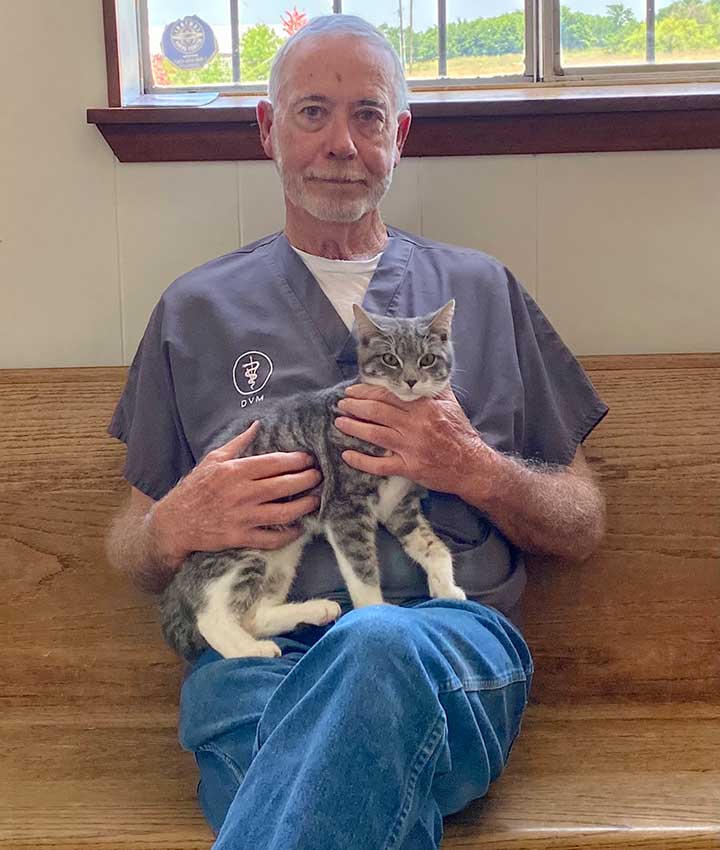